This year, as many of you have read about a zillion times, has been really different for us. since Carly is due on New Year’s Day, we weren’t really sure how to plan for the holidays. Really, she could come any time now. And maybe by the time this post actually posts, she will have come. The above is a side by side of the Christmas cards we sent out this year. I wish I had had the time to put more thought into it, but I just didn’t have time.

To be honest, I’ve not had much time to do anything. I thought once school was done, I would have time to just veg and relax until she arrived, but instead, I’ve found myself even busier with trying to schedule blog posts on this blog, my life and living blog, and fulfilling wreath orders on my Etsy store. I still have so much to do, like, I don’t know, prepare for Carly’s arrival! Hello, me! Wake up and get cleaning! I went through a short nesting phase that I thought would come back before her arrival but I still haven’t found the desire to clean everything. Instead I keep hoping my hubby will… but then I realize, um, yeah, he has a day job too. hahaha!

So anyway, I admit I haven’t put a lot of time into Christmas planning this year. In all reality, I could be in the hospital on Christmas or over Christmas. One thing that’s really struck me this year, though, is just how far we’ve gotten from Christmas being a Christian holiday. I don’t know where Christmas got derailed on the Christian holiday train, but somewhere along the lines, it was nationalized as an official holiday and people who were not religious celebrated it anyway, without the spiritual meaning. Before we all knew it, it became about Santa Clause and spoiled kids. Do kids even know why we bring gifts to the tree? Do kids even know why we have a tree? I remember growing up and learning that we put lights on the houses because it made it easier for Santa to land his sleigh. There is a lot of magic that kids believe behind Christmas and it is fun and special, but it’s so far away from what Christmas is all about. Last year, we sent out Christmas cards and I wrote inside of it from a line from Charlie Brown Christmas. It was from Linus but really taken from Luke 2:8-14. It says this:

And there were, in the same country, shepherds abiding in the field, keeping watch over their flock by night. And, lo, the angel of the Lord came upon them, and the glory of the Lord shone round about them: and they were so afraid. And the angel said unto them, “Fear not: for behold, I bring you good tidings of great joy, which shall be to all people. For unto you is born this day in the city of David, a Savior, which is Christ the Lord. And this shall be a sign unto you; Ye shall find the babe wrapped in swaddling clothes, lying in a manger.” And suddenly there was with the angel a multitude of the heavenly host praising God, and saying, “Glory to God in the highest, and on earth peace, good will toward men.” That’s what Christmas is all about Charlie Brown.

I wish that remained the focus of Christmas. It may not be the popular thing to do, but we will be raising our children up to celebrate Christmas for Jesus, not for Santa. We will teach her about who Santa is and what many children believe (so she doesn’t spoil it for other kids) but our conviction is to teach the importance of Christmas and the real reason we, as Christians, celebrate Christmas. I’m certainly not coming down on anyone for doing it their way. We all have a way to do things. This is just how we will be doing it. Millions of Christians celebrate with both Jesus and Santa and there is nothing wrong with them doing it their way. Again, this is just our conviction.

With that said, Merry Christmas 2011. Next year, we will have an almost one year old baby girl to celebrate with. 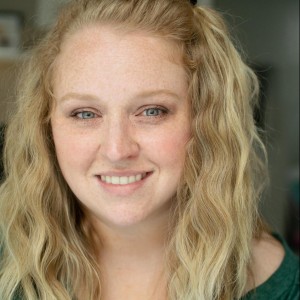